Our Biggest Ever Rescue Operation

The rewards of a rescue pony

Your Spiritual Health and Our Ponies

Our Biggest Ever Rescue Operation

A marriage breakdown, stallions bought for showing and young colts left ungelded, had caused a population explosion – turning an innocent love of animals into a situation that had spiralled out of control.

It all began with an anxious phone call from Suzanne. She explained how a series of personal events had left her new partner Alan with a dangerous situation at his smallholding on the edge of Bodmin.

Over many years the original few horses and ponies had swelled to a mixed herd of more than 30, including thoroughbreds, foals, colts, stallions and pregnant mares all on a 22-acre smallholding. Stallions fighting and panicked mares trying to protect their foals made entering the field too frightening, even for an experienced horsewoman like Suzanne who quickly realised that Alan could not cope on his own with the animals and made the initial call to our Equine Welfare Team.

Alan said: “The thought of asking for help and the fear of embarrassing questions as to how things had become so bad had stopped me. But I shouldn’t have worried. The people at the Sanctuary were great and just wanted to help. There were no embarrassing questions as their main concern was to provide the best help for the animals in what seemed an impossible equine situation.”

Following their call, it was all systems go for our Equine Team. First of all, we took those horses that needed urgent medical attention to the Sanctuary, where they were treated at our Beech Trees Centre. We then separated the agitated stallions which involved corralling a few at a time into pens before releasing the mares, foals and youngsters back into the field. The RSPCA and Redwings were also on hand to tranquilise the stallions if required in what became the largest and most difficult rescue operation that the Sanctuary has ever led.

After the initial roundup we returned several times to bring in more youngsters while Alan and Suzanne worked to gain the trust of the mares and foals. 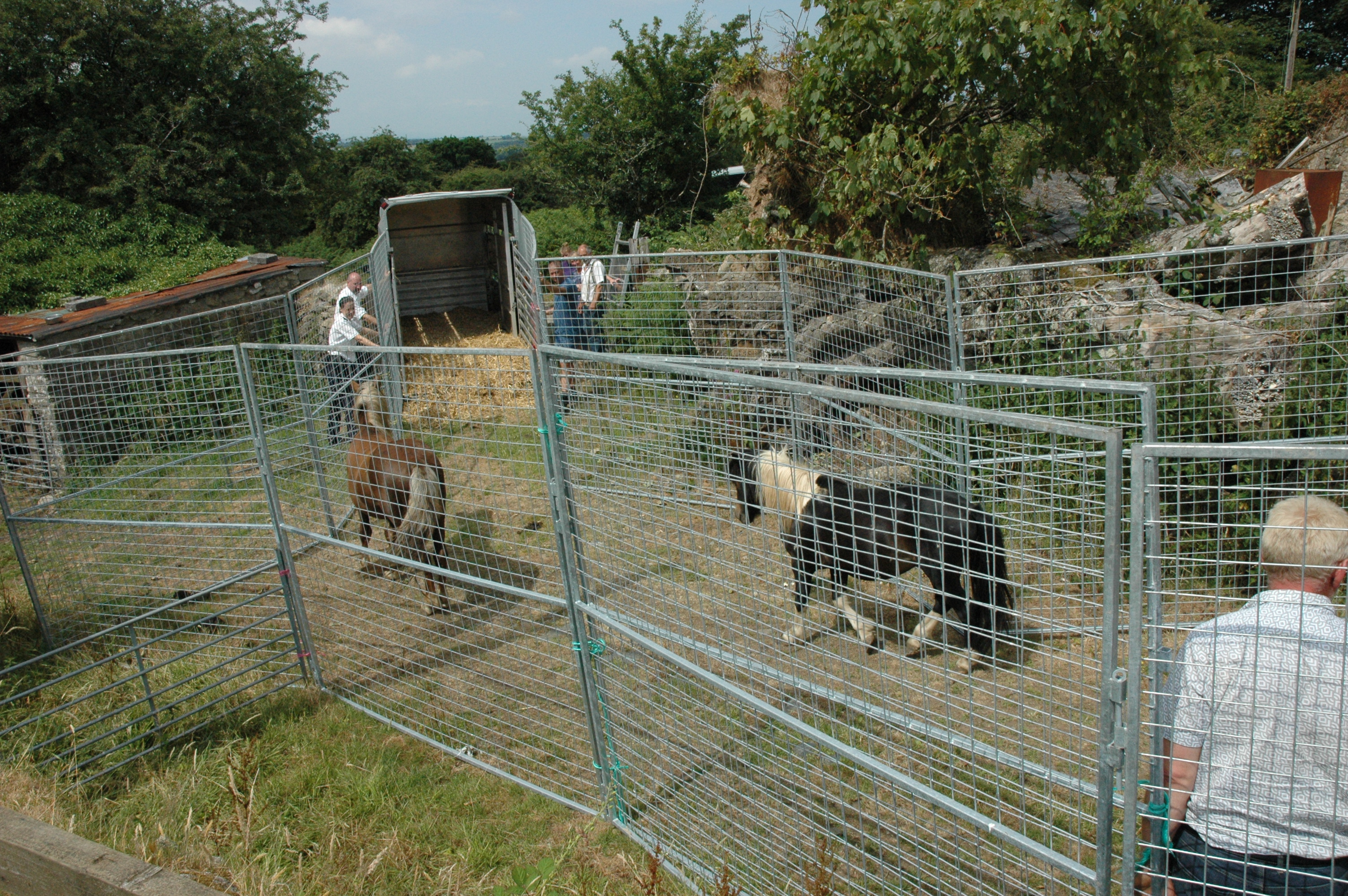 So far, the Sanctuary has taken in 22 ponies and horses including three-month old, 7hh Bambola, whose mum Pandora had been regularly attacked by the older colts, and little Frankie who was struggling with an eye problem. Thoroughbred cross mare Sapphi and her gorgeous foal Taffy, were among the last to arrive and, although slightly under weight, are now recovering well at the Sanctuary. The stallions, including American Miniature ponies Wally, Reggie and Frankie, were all gelded under the charity’s no breeding policy and are also thriving and relishing the regular routine.

Sanctuary Chief Executive Sarah Jane Williamson said: “Very few of our welfare cases involve genuine, premeditated cruelty. Welfare issues can arise from a simple change of circumstances such as the loss of a job or regular income or the breakdown of a relationship. Most people struggle on and then, before they know it, the situation is bigger than they can handle. We’re so glad Alan and Suzanne reached out for our help. Sometimes you simply can’t do it on your own.”

The Sanctuary will continue to work with Alan and Suzanne throughout 2019.

Alan said: ” The professional way things were tackled with everyone pulling together was a very humbling experience. The safety measures and equipment and the dedicated team of people involved was quite incredible and we cannot thank them all enough. For any horse owners with problems out there we would ask you to overcome whatever concerns you might have about contacting The Mare and Foal Sanctuary, for the sake of the animals.” 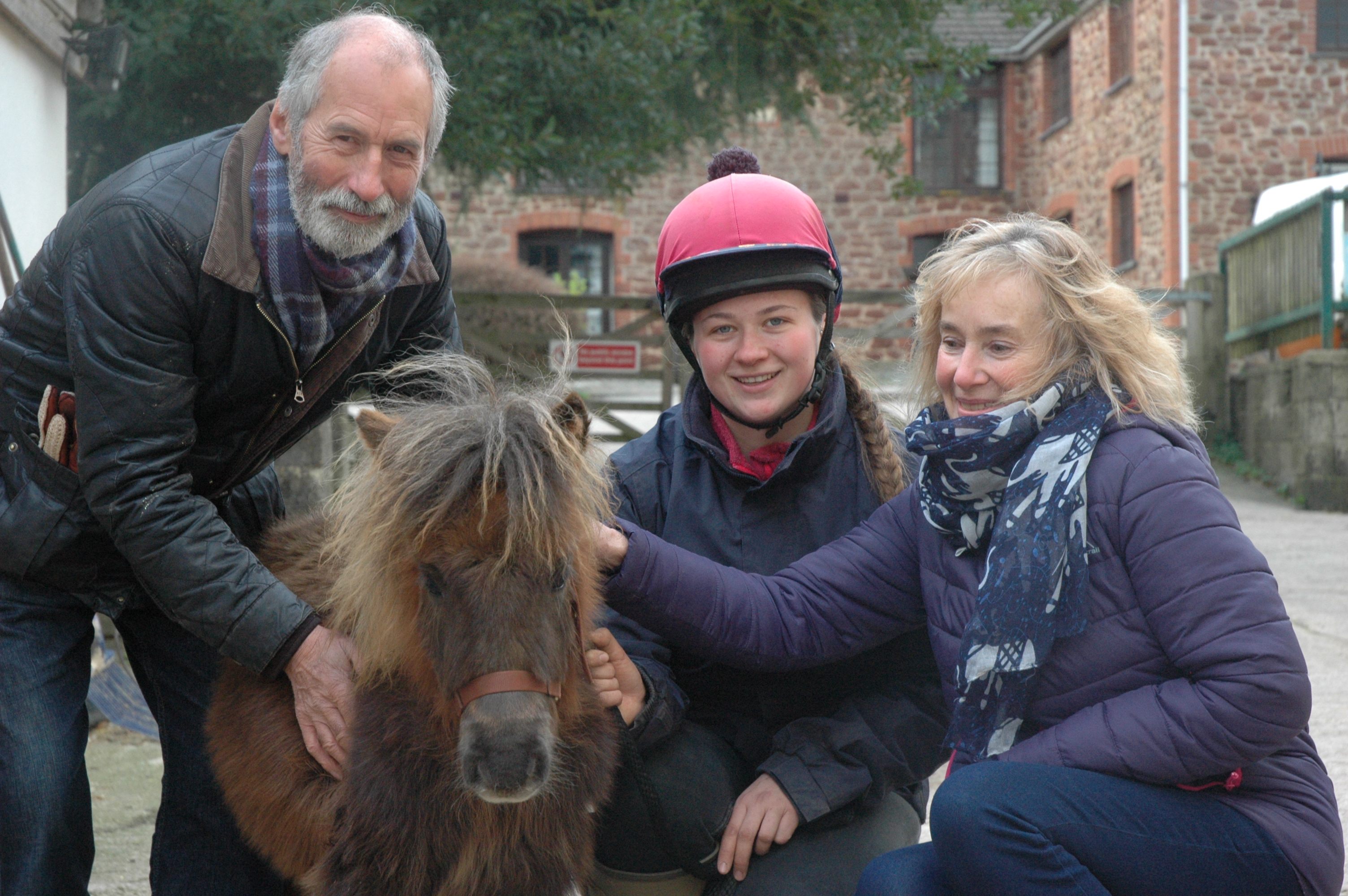 Name Announced for our 1000th Rescue

Any cookies that may not be particularly necessary for the website to function and is used specifically to collect user personal data via analytics, ads, other embedded contents are termed as non-necessary cookies. It is mandatory to procure user consent prior to running these cookies on your website.

Keep up to date!
We would love to keep you updated about all of the amazing work that is happening here at the Sanctuary, including our latest news, activities and appeals.